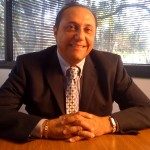 Steve Chahal, CEO & President of Fairfax Software, founded the company in 1994 with Tony Cristofano in Fairfax, Virginia, the city from which they took the company name. Steve is a leader in the image processing software industry. His strategic vision for Fairfax Software guides the marketing and sales efforts for the firm and he is very involved with new business development.

Steve brings his years of experience in image processing to the firm, along with his passion for excellence from his team so they provide Fairfax Software’s customers with service that is second to none. His international background results in Steve being fluent in six languages. 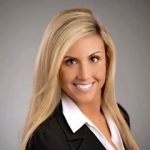 Nadine Chahal became the General Counsel for Fairfax Software in September 2015 after graduating from the University of Florida Levin College of Law. Nadine is responsible for Fairfax Software’s legal, security, privacy, and compliance activities and policies.

In response to the growing demand to address data security and privacy concerns, Nadine also oversees Fairfax’s third-party audits to ensure that Fairfax Software is able to provide customers with products and solutions that comply with the PCI data security standards and SOC 2 guidelines. 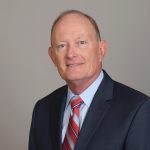 Michael is a twenty-five year veteran of the payment processing and document imaging industry. He has an extensive experience in sales management and customer operations. Prior to joining Fairfax Software, Michael was Vice President, Solution Sales at Scan-Optics, Inc. and held executive account management positions at Computer Entry Systems and General Instruments. He holds a Bachelor of Science in Business Administration, a certification from Southern Methodist University in Executive Management and is a certified Information Capture Professional (ICP).

As Controller, Mike Manilli is responsible for all day-to-day financial and accounting activities, including continual evaluation of internal controls, interfaces with external auditors in planning the annual audit, manages the banking relationship for cash operations and the lines of credit.

Michael has worked in the software industry for over 30 years. He has worked for Compucare, Baxter, Medical Consumer Media, and HealthAnswers. He holds a Bachelor of Science in Accounting from the University of Maryland. 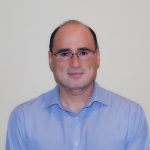 Alex Umansky has been with Fairfax Software for over 15 years and serves as its Director of Software Development. He has overseen many customer implementations of Fairfax Software software. Alex also manages customer requested system changes. As one of the original programmers who designed the Quick Modules software system, he is extremely proficient in setting up customer systems in a timely and efficient manner.

Alex holds a Master of Science degree in Applied Mathematics and Computer Science from Karazin Kharkiv National University in the Ukraine. 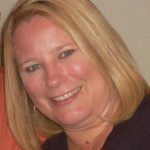 Donna has been a certified PMP since 2005 and holds an MBA from Indiana Wesleyan University and a Bachelor of Liberal Arts degree from Western Illinois University. 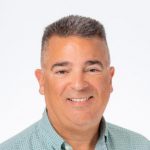 Robert Castello, Director of Customer Support, is responsible for directing Fairfax Software’s Support Services Division, which serves as the primary interface to customers, providing hands-on support and solutions for customer system issues. In this capacity, support personnel provide client support and technical issue resolution via e-mail, phone and other electronic methods. Robert’s team configures client equipment to interface with Quick Modules software system with efficiency and provides training to clients in the use of system and applications. Robert is also instrumental in overseeing customer training activities.

Robert is a Cisco Certified Network Associate (CCNA), and a Certified Netware Engineer (CNE). He was previously employed by Tangent Fastnet and Nokia Corporation before coming to Fairfax Software. 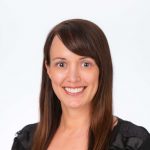 Beth Ritter serves as Deputy Director of Customer Support and is responsible for the Support Services change request process, ensuring successful management and delivery of client change order solutions. Beth also serves as one of the primary interfaces between the Support Services technical staff and its clientele, promoting timely response and resolution times to client inquiries and business needs.

Beth is a certified Project Management Professional (PMP). She earned a graduate-level certificate in Technical Communications from Kennesaw State University and a Bachelor of Business Administration from University of Wisconsin-Whitewater. Prior to coming to Fairfax Software, Beth held a Top Secret/Sensitive Compartmented Information (TS/SCI) security clearance with the Department of Defense. For just under a decade, she served as a full-time contractor to U.S. Special Operations Command where she provided project management and technical writing services. 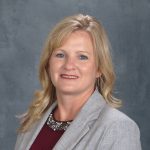 LeAnn Stout, Director of Quality Assurance, is responsible for ensuring that all software and/or hardware products are fully tested and meet or exceed all set requirements. The Quality Assurance Team conducts extensive testing on all products, evaluates performance, and offers recommendations to improve existing methods of operation. LeAnn also oversees the Business Analyst team whose primary role is to gather customer requirements and configure the core software package to meet the customer’s needs. LeAnn graduated from the University of Northern Iowa with a Bachelor of Science’s degree in Accounting and holds a Certificate of Public Management from Drake University. Prior to joining the Fairfax Software team, LeAnn managed end-users of the Quick Modules product. 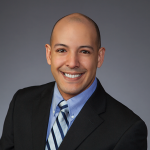